Many thanks for your prompt and professional service.

Thanks – your guys did a good job, turned up when they said they would, or thereabout. I
will certainly use you guys again!

Hi Guys, I just want to thank you so much for coming to our house and sorting this out so promptly.
The Gas Fitter that came out was just brilliant, checked the place out and quickly found and resolved an issue. He was a pleasure to deal with and a real asset to your business.
I will be recommending your services at every opportunity
Thank you once again.

I had an old Vulcan Free Loader hot water cylinder outside next to my back door. It was about 30+ years old and had started to leak. Time to bite the bullet and get a replacement sorted.I went to 3 different plumbing companies and asked for

IPlumber was The Only company who did this. One company even charged me for coming out and giving the quote!

The gentleman from IPlumber really knew his stuff. The turn around for the quote to come through was quick (considering it was just on Labour Weekend) and by far and away the most competitive.

To be fair, the quote from IPlumber was very close in price to the company that had charged me for the quote, but were $500 less than the 3rd company. I might add that the cylinders and the Rheem continuous flow gas heaters were all the same make and model offered by all 3 companies.

I went with the Rheem continuous hot water heater which also required the services of an electrician. The cost of the electrician was also included in the quote. The poor electrician had a few problems though, as a water pipe inside the wall cavity was not “in the usual place” and he drilled a hole through it.

A quick call to IPlumber and the same gentleman who had installed the Rheem gas heater was back on site to sort the water pipe issue. No hassle, no drama’s, no extra cost.

So, would I use IPlumber again in the future? You bet your life I would.

Great workmanship and fair rate. The guys were so clean And tidy as they worked and made sure the house was tidy before they left again.

Thank you! Will use you again!

Just a quick note to express my gratitude in your service today. My needs were met promptly (within the hour) and without fuss; so appreciated.

I’d also like to commend you on your staff. Upon arrival Conner Muir showed himself to be pleasant, efficient and capable and I appreciate the time he took, as he resolved my leak /attachment issue, to explain where the problem lay and how best to rectify it. A great young man with the right mix of professionalism and amiability. – as a side note I’d also like to add that at one point while Conner and I were speaking his phone rang. He did not however, answer it, but finished the conversation we were engaged in.

To that all I can say is, great public relations! Thank’s again iPlumber. I will certainly be recommending you.

The tenant was most complimentary about the work being completed in such a timely fashion, and Adam was just charming and so easy to deal with. Please thank him personally from the tenant, her mother and I.

Jamin, you got a sharp team. The guys did a fantastic job and thanks for cleaning up so well. Showers are beauty and I was outside cleaning buckets this morning using the hot water. Very happy and all credit to your team’s communication too. Hard to find these days.

Thanks again Matt and a happy fam.

Justine Winter
Thanks very much for the work you’ve done on our property – it looks really good and our tenant is delighted. Many thanks for your responsive, helpful service. I will happily seek your services out again when we need them and recommend you to others.

Prompt communication, completed on time and on budget, good quality workmanship and problem solved issues, tradesman onsite were polite and thoroughly checked everything was back to working order before leaving site.

Carol Brown- Dewdney (via Facebook)
Thanks iplumber for helping me out. I had only a couple of days before the settlement for our house sale and they came the next day to fix my gas stove.

Raylene Cowie (via Facebook)
At 9pm on a Saturday night, when your partner has hit a main pipe with a motorbike accidentally and there is no water coming through anymore, you don’t expect a plumber to turn up an hour later, fix it like a boss and then on his way.

I was more then thrilled with iplumber and the service I received.
Matt was very experienced, took no time at all to replace broken parts and get it all sorted and have running water again with a house full of visitors.

Would use them again for any plumbing needs in the future and highly recommend.

Jaxen H (via Google)
Excellent all round service

Glasshouse Property Management strive to deliver our landlords exceptional value for money, and also provide our tenants with swift repairs and clear communication. We prefer to do things properly the first time, and we contract iPlumber for all our plumbing maintenance and repair work. It is simple as sending the tenant details and job description through, they handle the rest, including arranging access, updating us on what needs to be done, and liaising with council where necessary.

Invoicing is fully transparent with full details on materials used and cost, and the workmanship and fittings used are always high quality and durable for the demands of rental properties.

With happy owners and happy tenants, we are very satisfied with iPlumber, and would recommend them to investors, property managers and home owners alike.

We have used iPlumber as our preferred plumbing company for a number of years now.

We have found iPlumber to have a really good response time, they complete tasks well and are very affordable.

In comparing them with a number of other companies, we have found them to come out as number one.

They send out clear professionally produced invoices and are excellent to deal with.

We would have no hesitation in recommending them to other landlords who want a good job done for a competitive price.

Navman monitors the exact location of the entire fleet in real time.

Fleet visibility assists with getting the closest technician to the job in the shortest amount of time, as well as providing accurate reportable activity and job costing, saving you money.

Request a quote or book a job now! 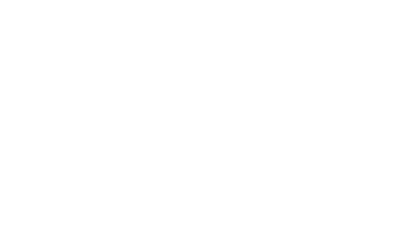